Coming from Kalamaria ( capitol of Greek Graffiti )  Keeper of the funk n true hip hop culture !! startin as a b-boy at ’85 …..in the streets of Alexandroupoli city!..

Gettin down as an MC n producer for the band…  also many times ON AIR in Salonikas radio stations for the first STRICTLY HIP HOP RADIO shows!! As a DJ make true the first hip hop parties in the city with the old skool partners of Salonikas H-H community !!

never alone , always a crew of friends behind ..and the oldest n Biggest graffiti crew of all time ( still ACTIVE ..! )

takes place in the Salonikas map n very soon in hole Greece!! Gettin down in many fests n HIP HOP JAMS all over the Greece and together with the greatest Greek writers and many writers of the worlds block in wall productions …

past many good times !  BIG time ..gettin down with the KING!! THE GODFATHER of the game SEEN (NY) back in 98 in the street jam of Athens!!

now in the year of 2013 STYLE still MATTERS and is going to another level..

Putting together a puzzle that contains pieces of friendship, imagination, artistic point of view, ability and knowledge, created a Tattoo & Art Studio. A studio of renowned artists in the Greek and international stardom, coming from the best crews of Thessaloniki, the city that begets talents.

Having as their assets countless hours of painting, graffiti street art, design and gallery organization, now waiting to leave to the canvas of your body a work of art. Your own artwork.​
Because STYLE is all that MATTERS. 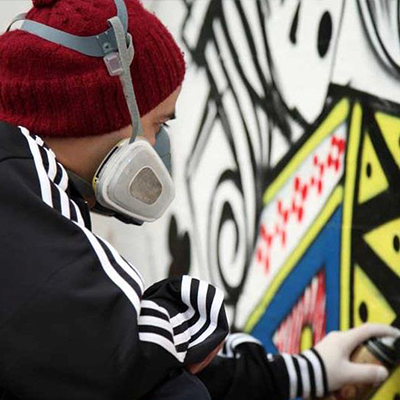 Suggest Corrections
Add Artist / Group
1
0:00
0:00
Shopping Cart
There are no products in the cart!
Continue Shopping
0